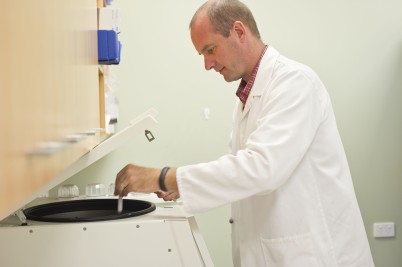 The challenge: TRG Natural Pharmaceuticals were receiving large export orders, which had a very long working capital cycle before they would be paid. It became clear that TRG would require help with working capital to pay their suppliers.

The solution: In this scenario, New Zealand Export Credit (NZEC) stepped in as a guarantor and effectively became the security for the bank for the amount required. The solution was a trade finance facility from ASB Bank which was guaranteed by NZEC.

The benefit: As a result of their trade finance facility, TRG could order more materials and plan production more effectively with its manufacturers. Ultimately, this means that they were able to upscale and increase production for their business.

TRG Natural Pharmaceuticals (previously Honeylab) was formed to develop medical products using natural ingredients such as New Zealand honey or kanuka oil. Currently, their focus is on dermatological medical conditions such as cold sores, rosacea and eczema. The difference with TRG, is that they use natural ingredients but treat them with the all the same disciplines as the pharmaceutical industry. Their phase 2 and 3 clinical human studies are extensive. For example, their phase 3 study on their cold sore product had 950 patients, this study was the world’s largest cold sore trial ever published. As a result, TRG proved through trials that their approach was very successful.

TRG had spent a considerable amount of time, money and resources in developing and talking about potentially licencing the intellectual property they had developed. Just before the pandemic hit, TRG signed their first licence deal with an American pharmaceutical company. The result of this was moving from small online sales to a revenue of circa $5.8 million.

TRG now had large export orders, but it was a very long working capital cycle before they would be paid. They needed a bank facility to pay their suppliers. In this scenario, NZEC stepped in as a guarantor and thus effectively became the security for the bank for the amount required. NZEC Senior Business Originator Phil Quinn says that “by providing a guarantee to TRG’s bank we enabled them to demonstrate their ability to deliver, which is often all the help that exporters need.  Once an exporter has demonstrated their ability to deliver we often find they can get support from their bank at the next stage. Since Covid-19 and the subsequent impact on global supply chains we’ve seen an increase in exporters looking for assistance with their working capital needs.”

A USD trade finance facility from ASB Bank was guaranteed by NZEC and as a result TRG could order more materials and plan production with manufacturers and then pay down their facility in USD as receipts came in. CEO Anthony Lawler says that “none of this would have happened without NZEC.” This is a great success story of a small New Zealand exporter scaling up and is a testament as to why NZEC was initially set up.