A Christchurch food packaging company was facing a dilemma. After 18 months' exponential growth, it had landed a large export order needing a big investment in machinery and stock to realise it. How could it secure the order and maintain its cashflow? 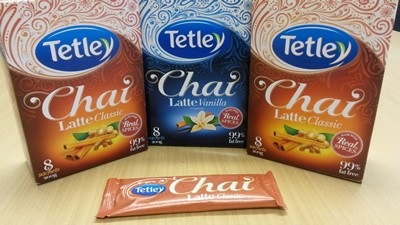 Neil Cullen, director of the company – Wimpex Ltd – says a big leap of faith was needed.

"We needed to buy in specialised ingredients up to five months in advance and also install new high-capacity food packaging machinery. We approached our bank, Heartland, to talk about working capital and they said, 'Let's talk to Treasury's New Zealand Export Credit (NZEC).'"

NZEC provides insurance in case an overseas buyer defaults on payment. This insurance gives confidence to a bank in situations where it may not usually lend, like to first-time exporters. This allows a bank to anticipate the revenue from an export order and provide most of that money to an exporter when the container leaves New Zealand.

When the buyer pays, typically 30-60 days later, the bank is paid and the exporter receives its balance. In the meantime, the exporter has had access to cash to pay its suppliers and staff.

Neil Cullen says this facility allowed a deal to happen that might not have happened otherwise.

"It's the kicker that gets it across the line for a New Zealand company entering export markets where there is a huge demand. We would probably have found another way, but that would have been a lot more stressful. NZEC provided the mechanism for our bank to assist us."

Heartland's head of rural and business, Will Purvis, says Wimpex had a five-year track record of hard work, had created local jobs and was adding value to a New Zealand commodity – milk powder.

"But without the guarantee from NZEC, we would have been unable to support the company to the level we were able to.

"There are many small New Zealand companies who leverage their property assets to manage growth but when those assets are exhausted, that constrains growth and jobs.

"Heartland's proposition, as New Zealand's newest bank, is to support the productive sector – rural and business. We deal with high-growth businesses particularly. These businesses need funds to leverage their balance sheets and the NZEC guarantee is one of the tools in the toolbox," he said.

NZEC manager Chris Chapman says similar insurance is provided by the private sector but is usually not provided to first-time exporters with a sole order.

"The private sector said, 'No' in this case because they want to have a broad spread of risk. That's where NZEC can step in and help a company grow. Our policies expire after 12 months, and often private insurers are then willing to step in."

From full receipt of information, it takes about 10 working days for NZEC to make an assessment. There is a charge of a minimum of $500 or 0.1 percent of the credit amount.

Wimpex now employs 22 staff – four of these on the factory floor -- to operate the new machinery, which manufactures 40,000 sachets per shift.

Wimpex has established another company, New Zealand Dairy Brands Limited, to develop its own brands for export. One of these is a naturally flavoured milk powder-based drink for children, Go Milk – sugar-free and low fat.

"We've developed a healthy drink for children for countries where not everyone has refrigeration, like in Asia," says Neil Cullen. "It also has huge potential in New Zealand and Australia as a great tasting, sugar-free drink.

"Our packaging facility developed for Tata is also being used by other New Zealand companies. Our considerable investment in the technology is allowing other Kiwi companies to also benefit from this deal."