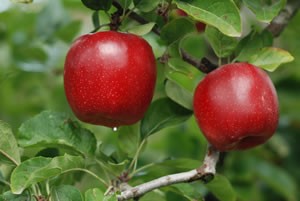 When your board prudently directs your company to reduce its level of trade credit risk, how do you achieve that when your insurer has already reached its ceiling?

That's a situation that Grant Rae, finance manager at New Zealand Apple Ltd, set out to solve last year when his insurer could only cover $1.5 million of the trade risk of a $5.0 million order. It left Mr Apple exposed to a $3.5 million risk of non-payment.

Grant Rae approached the New Zealand Export Credit (NZEC). After an appraisal, NZEC agreed to cover the $3.5 million risk in what is commonly known as 'top-up' insurance.

"We're more comfortable now that we've been able to reduce our risk," says Mr Rae, "and will see if NZEC can help us further.

"Taking out trade credit insurance is no different from insuring your house against fire. It's unlikely such an event will happen but, if it does, it could be potentially catastrophic."

NZEC manager Chris Chapman says NZEC's top-up insurance can be used where an exporter is unable to obtain sufficient limits on an international buyer from private insurers.

"Top-up insurance is a service we developed after the global financial crisis, in conjunction with trade credit insurer Euler Hermes. It makes a big difference for an exporter and adds to our portfolio of services."

"We are very pleased to have extended this offering to Atradius' exporter customers", he said.

"Between the two of us – Atradius and NZEC – we saw New Zealand Apple right. It's a good example of public and private cooperation", says Atradius Country Manager Martin Jones.

Mr Jones says most of his company’s work in New Zealand is typically providing cover to companies whose annual turnovers exceed $3 million.

"We usually don't insure exporters with an annual turnover below $1 million."

Each year New Zealand Apple Ltd exports about 4,000 containers of apples to about 120 customers in over 50 countries around the world. It runs an integrated operation – from orchard to pack house to cool store – and exports about a quarter of New Zealand's apple crop.

"We've had a long history of trading with most of our customers. We try to visit each one in person every couple of years," says Mr Rae.

"We have a variety of payment terms. The level of trade credit risk varies depending on those terms.

"For cash sales, we don't load the container until payment is received and there's no risk. At the other end of the spectrum, we have customers who don't pay until they receive and sell the fruit – that can take a number of months – and others who pay a fixed price over a period of time.

"Apples are perishable and near impossible to recover once a container is opened.

"We try to ensure that the risk of non-payment is reduced wherever possible. We look at the portfolio of cover offered by our insurer, Atradius, and work closely with them to get it as high as possible. We still don't have 100 percent cover but that is what we are striving for," he said.

Atradius, an international company with 160 offices in 43 countries, traces its origins in New Zealand back to 1966. All its offices share a database containing the trading history of 100 million buyers, upon which its risk assessments are made.

Mr Jones has been based in New Zealand since 2001, with three-year stints in China and Singapore.

"The one exception are some old-school exporters who have been in the game for, say, 30 years and have developed great trust in a buyer. They don't see the need to take out insurance. But in the global financial crisis we saw dozens of these customers default, because their buyers defaulted.

"Small exporters not eligible for trade credit insurance should always consider trading on secured terms, such as a letter of credit."